Music publishers, labels, smart artist managers, bookers: the music business is filled with them these days. But… how were things in the old days? When did the music business start? How did it look like in, let’s say, baroque times?

Check this very short history of the music business and find out.

I’m Ewout van der Linden and my work is music business. I have my own company Music Motion and I’ve done a lot of jobs in music business and I teach music business in several schools. So: I’m interested in this matter. But more about me and why I’m doing this, please see below.

So the history of music business. Or more exact: the history of those who helped musicians / composers get their music to the audience. A very wide subject of course, so where do you start? I decided to just start. With a blog that grows when I speak to more people, get more info from readers or read more about the subject. If you have things to add, or you maybe want to correct me. Please post it!

In the middle ages and renaissance, musicians were craftsmen. You had the traveling troubadours of course who got paid directly by the audience. But musicians who were good and lucky were mostly hired by kings or church leaders, or the occasional very rich person. They were part of the personnel, same as the cook or the cleaner, and definitely not considered as artists. And there was no real distinction between musicians and composers. It was just: the music people.

They had to be versatile. So they had to be able to do more than just playing notes. Improvising for example, because a lot of music was not written down. And interestingly, sometimes they also had to do things without a link to music. Because musicians traveled a lot they got very close to important people everywhere. So some musicians even had diplomatic tasks. Composer/musician Tielman Susato even turned into a professional spy for his employer, Charles V.

But the business in middle ages and renaissance: almost non existant. You could argue those kings, church leaders and rich people were all there was as music business.

Concerts were only in castles and churches, during dinners, official receptions, church services. So there was never an audience that was paying for tickets yet. There were no bookers or agents.

Also no real music schools around. But private music education existed. Well.. composer Vivaldi (in baroque times) taught in an orphanage, which supposedly looked something like a conservatory

Sheet music existed even since 1400 before Christ. On and off it was reintroduced till it ended in the famous five lines. But sheet music was not reprinted on large scale. In fact it was mostly used by the church to standardize the performance of certain works. So: to prevent all sorts of ungodly variations. Next to that: sheet music was used to document music.

And music rights? Nobody even thought about it! There was a good thing about that: any musician/composer could use any other musicians music in their own music. And they did: composers stole each others ideas all the time.

Bad thing about that: you could not protect your music or make any money with it. Your payment was by the king / church and that was it.

But… in the 15th century, things started to change.

After the invention of Gutenbergs printing press in 1447, Italian printer Ottaviano Petrucci started printing sheet music by leading composers. But he disliked the fact that anyone was free to reprint his works. So in 1498 Petrucci asked for the monopoly to print sheet music in the territory of Venice. And he most probably got that right for 20 years.

That means, in 1498 the first music rights emerged. And they were the right to print music, so the rights did not go to the author of the music. But to the very first music publisher in history: mr Petrucci himself.

Others followed. For example, the entrepreneurial Tielman Susato, mentioned earlier, got into publishing too next to his musicianship and job as a spy.

How was that printing right used? Well, not by commercially printing the sheet music and there was still no case of making a lot of money with it. Sheet music wasn’t a popular product yet.

But after Petrucci, new technologies and changing society paved the way for a growing business around music.

More about that later!

This blog is written by Ewout van der Linden of Music Motion. Music Motion is the organizer of networking and knowledge events for the music business. The Music Pitch network meetings in Tolhuistuin Amsterdam, and M-Bizz workshops about money and marketing in music in QO.

But I got some help: from Ita Hijmans, artistic and business manager of recorder quartet Aventure Ensemble, and Kate Rockett from Pentatone Records.

Who is Ewout van der Linden? Well, I started at a music publisher for contemporary classical music, and after that did all sorts of things in jazz, pop, classical music and even dutch folk music (“volkse muziek” in dutch). I teach music business and music entrepreneurship at Rotterdam conservatory Codarts and SAE Institute. In all my work I got more and more intrigued by how in different genres the business works and changes over the years. 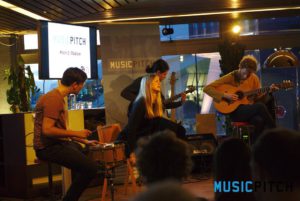 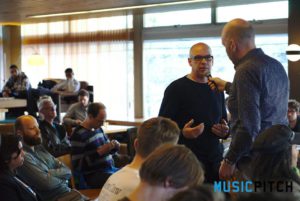 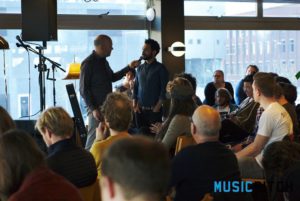 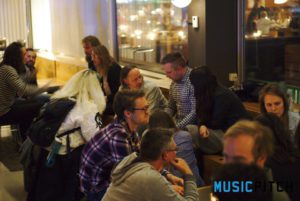 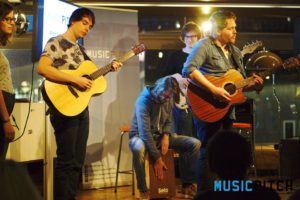